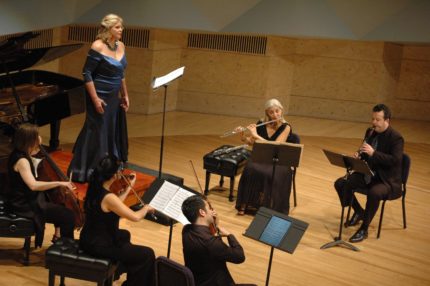 Excellent musicians in vital performances… Copland would have been proud of all of them.

A grand and stirring performance. The music came through with searing clarity.

All exuberance and bright sunshine. What a well-prepared and confidently managed evening it was.

They played with exhilarating confidence and verve ... fluid, fluent, and lithely balletic.

Music From Copland House is the acclaimed resident ensemble at Aaron Copland’s National Historic Landmark home in New York, now restored as a unique creative center for American music. Since its trium­phant New York debut as the Opening Night of Merkin Hall’s 1999-2000 season, Music from Copland House (MCH) has come to occupy a special place on the U.S. musical scene as perhaps this country’s only wide-ranging American repertory ensemble. Provocatively uniting past and present, American and non-American, it journeys across 150 years of our nation’s rich musical legacy, reaching back deep into the 19th century and forward to just-completed compositions.

The ensemble has been engaged by some of America’s foremost concert presenters, including Carnegie Hall, the Library of Congress, Monday Evening Concerts in Los Angeles, Columbia University’s Miller Theatre, and the Caramoor International, Cape Cod, Bard, and Ecstatic Music Festivals. MCH has collaborated with the European Broadcasting Union and National Public Radio on a special concert showcasing American works that has been extensively aired in over 20 European countries, and makes its Mexican debut in 2014-15. MCH is the featured ensemble on Copland House’s popular main-stage concert series at the historic Merestead estate in nearby Mount Kisco, only an hour north of New York City. The ensemble has com­mis­sioned Chen Yi, Richard Danielpour, Tamar Muskal, Pierre Jalbert, Derek Bermel, and Sebastian Currier, whose Copland House work, Static, won the highly-coveted Grawemeyer Award in 2007, and has also premiered many compositions written especially for it by Du Yun, Samson Young, Henry Mollicone, and Leung Kei Cheuk (Gaybird). The ensemble followed its much-praised debut recording on Arabesque, the first complete cycle of Copland’s chamber music, with two releases on Koch International, respective­ly devoted to chamber music by Currier and John Musto. Inspired by Copland’s peerless, lifelong advocacy of American composers, MCH also offers children’s programs, master classes, lectures, residencies, and workshops, and other educational and community outreach activities.

The caliber of musicianship here could be a model for chamber music camaraderie. Watching these players interact with each other was a pleasure all in itself. MusicWeb International (Britain) 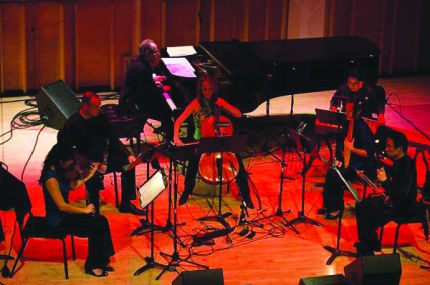 MCH with the Music from China ensemble at Merkin Hall, New York City 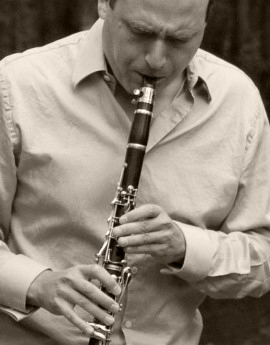 Derek Bermel has premiered dozens of clarinet works, including his own concerto with the American Composers Orchestra at Carnegie Hall. A recipient of the Rome Prize, Grammy Award nomination, Guggenheim and Fulbright Fellowships, several ASCAP Awards, and many other honors, he has performed with the BBC Symphony, Los Angeles Philharmonic, Boston Modern Orchestra Project, and Chamber Music Society of Lincoln Center, at the Aspen Music Festival, and in concert in New York, Paris, Amsterdam, the Hague, Jerusalem, Los Angeles, and other cities around the world. 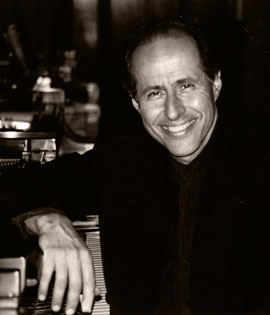 One of the world’s most valuable piano virtuosos.

Pianist and Copland House Artistic and Executive Director Michael Boriskin has performed in over 30 countries, appearing with leading international orchestras and at many of the world‘s foremost concert venues, including the Lincoln Center Great Performers Series, Carnegie Hall, the BBC, South West German Radio, and Vienna‘s Arnold Schoenberg Center, among many others. He is heard regularly on NPR and radio stations around the globe, and has recorded extensively for BMG/Conifer, Koch, New World, Harmonia Mundi, Albany, Bridge, and SONY Classical, which recently re-released his acclaimed recording of Gershwin’s complete works for piano and orchestra. 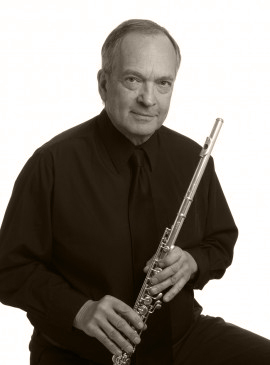 Playing of his deft and stylistically impeccable kind is rare.

Flutist Paul Lustig Dunkel has performed internationally and at such major festivals as Aspen, Stratford, Spoleto, Casals, and Marlboro. A Grammy nominee, he has recorded on New World, CRI, Summit, Bridge, and other labels. A member of Speculum Musicae and the Contemporary Chamber Ensemble, he has expanded the flute repertory through numerous commissions, including Melinda Wagner’s Flute Concerto, which won the 1999 Pulitzer Prize. Flutist. He was co-founder and longtime Resident Conductor of the American Composers Orchestra at Carnegie Hall, and served for 25 years as Music Director and guiding force of the Westchester Philharmonic. 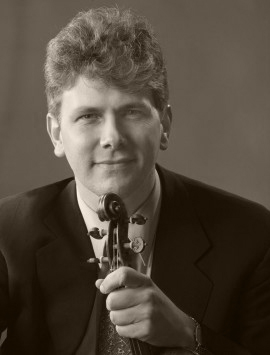 His performance swept all before it—strong and varied in gesture, direct in emotion, technically adroit.

First violinist of the celebrated Borromeo String Quartet, Nicholas Kitchen has appeared in two dozen countries in the world’s most illustrious concert halls, including the Berlin Philharmonie, Zurich Tonhalle, Amsterdam Concertgebouw, Opera Bastille, and London’s Wigmore Hall. He began his performing career in his native North Carolina, where he is on the faculty of the Fletcher School of Performing Arts, and where he has hosted North Carolina Public TV’s Performance Showcase mentoring young violinists. He is based in Boston, where the Borromeo Quartet serves on the faculty of the New England Conservatory of Music as Quartet-in-Residence. 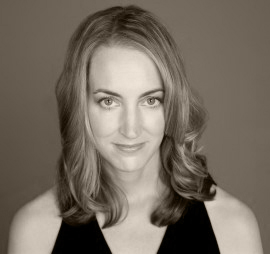 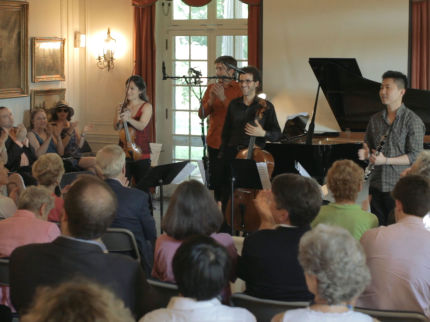 A compelling and carefully crafted program, beautifully and seductively played.

Bracing and bracing, incisive and exciting. The program showed what audiences have been missing.

One or (complete in) two concerts

Old Testament in the New World

Copland in Black and White

Sounds of the Dragon

(with the Music from China ensemble) 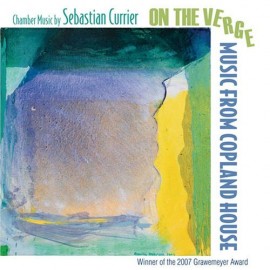 Verge for Clarinet, Violin and Piano
I. almost too fast
Koch International Classics 77691 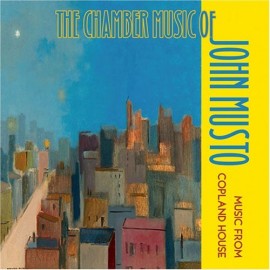 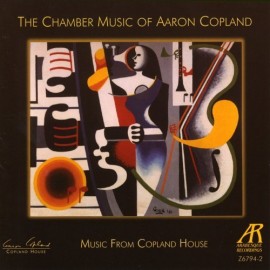 Performances are made possible by tax-deductible contributions from donors like you.