We were elated to have worked with Copland House as our Fiscal Sponsor for several projects, which made everything so much easier!Molly Morkoski, MEME Ensemble

Copland House was a perfect match when I was looking for a Fiscal Sponsor for Portals, my full-length, multimedia production that included the commission of a large new violin piece by Philip Glass. It was great to have had Copland House along on this wonderful journey.Tim Fain

In furtherance of its mission to nurture and renew America’s musical heritage, Copland House is very pleased to serve as a not-for-profit Fiscal Sponsor. In this capacity, we assist a select number of composers and performers working on projects involving the creation, performance, or preservation of American music. Our Fiscal Sponsorships are intended to help artists realize their goals!

Since most funding is awarded to non-profit organizations, rather than to individuals, a Fiscal Sponsor (or conduit) can be an important vehicle to help encourage and stimulate donations for specified projects. As a Fiscal Sponsor, Copland House offers composers and performers the opportunity to apply to funders that limit their support to 501(c)3, tax-exempt organizations. In this role, we will accept contributions restricted for the selected project; provide financial oversight to ensure that these monies are used properly and as intended; and offer administrative and clerical support in processing, acknowledging, and reporting on donated funds.

Copland House’s Board of Trustees determines which projects are accepted for sponsorship. Each Copland House Fiscal Sponsorship is governed by a formal, written agreement that details all respective responsibilities, and enumerates the terms of this financial and legal relationship. Copland House assesses a modest administrative fee on all funds received for sponsored projects.

We welcome email or telephone inquiries about the suitability of projects for Fiscal Sponsorship. Initial inquiries should address the following questions:

Should Copland House wish to consider sponsoring a project, we will then ask for more detailed information and work samples. We are eager to hear about project plans, and to explore ways that we may be able to assist in realizing them. 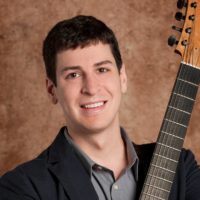 Many Messiahs invites diverse artists to create new songs in dialogue with Handel’s immortal oratorio, amplifying the themes of awakening and activism that run through the original Messiah. Contributing artists will perform in a collective showcase with chorus, orchestra, and rhythm section, seeding an annual tradition that fills concert halls with relatable and uplifting entertainment, all while modeling a new way for classical music to engage underrepresented creators and audiences. 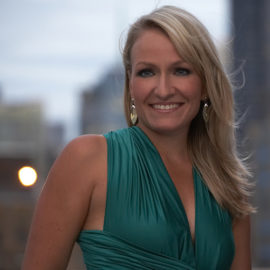 A commissioning and premieres project, featuring new works for solo piano and premiered by Molly Morkoski. Born during the Covid-19 pandemic, this project is a way of seeing canceled concerts and premieres through to completion, while also generating new work and a hopeful spirit for the continuation of commissions and their importance in the arts. 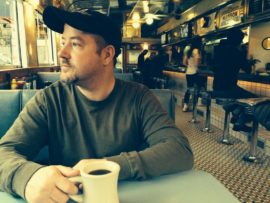 Erich Stem on his travels across America

America By invites orchestras from around the U.S. to commission and perform pieces that express the nuanced attributes of their own town, culture, and people. Every commission incorporates a mix of styles representing the varying cultures and history of the region that each orchestra calls home. To date, orchestras from across the nation have signed onto the project, including Bainbridge Symphony Orchestra, West Virginia Symphony Orchestra, University of Portland Orchestra, and the Arlington Philharmonic Orchestra. The project captures the “sound track” of our nation. 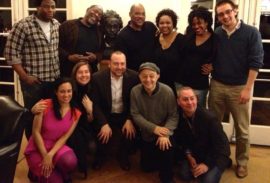 Derek Bermel with the cast of Golden Motors

Golden Motors is a full-length music theatre piece set in 1980s Detroit. At the heart of the drama, a tight-knit African-American family clings to its lifelong dreams, even as the city's auto industry collapses. Long-time collaborators Wendy S. Walters (book and lyrics) and Derek Bermel (music), seen here with their cast and creative team, relate a compelling original story about the challenges facing a working-class family amidst the city's declining economy. This is a uniquely American tale of love and despair, violence and reconciliation, inaction and heroism in an era of swiftly changing rules and expectations. Tracing one family's challenges to reclaim what remains of their future, Golden Motors has continued relevance and resonance in today's world.