Best known as an internationally-active pianist and prolific recording artist, Michael Boriskin has been extensively involved in every aspect of the concert music world, and has been hailed by American Record Guide as “one of the most skilled and versatile musical figures of his generation.”

A native New Yorker, he has performed throughout the United States and in over 30 countries. Taking listeners on captivating journeys across four centuries of music, he has appeared at many of the world's foremost concert venues, including Carnegie Hall, Lincoln Center, the Kennedy Center, the BBC, London’s Wigmore Hall, the Berlin and South West German Radios, and Vienna’s Arnold Schönberg Center. He has also performed as soloist with the Munich and Polish National Radio Orchestras, San Francisco, Utah, and Seattle Symphonies, UNAM Philharmonic of Mexico, and American Composers Orchestra, and as a sought-after chamber music collaborator with the Borromeo, Lark, St. Lawrence, and St. Petersburg String Quartets, Dorian and Arioso Wind Quintets, and New York Philharmonic Ensembles. His innovative broadcast series, CENTURYVIEW, on National Public Radio was heard regularly by over one million listeners on 200 stations coast-to-coast. A prolific recording artist, his large discography ranges from Brahms and Tchaikovsky to the present on labels such as BMG/Conifer, New World, Harmonia Mundi, Bridge, Albany, Koch International, and SONY Classical, which has re-released in Europe his acclaimed recording with Jonathan Sheffer and the EOS Orchestra of Gershwin’s complete works for piano and orchestra.

Mr. Boriskin has worked with virtually every major American composer of the past 30 years. He is a frequent guest of major educational institutions for master classes, residencies, workshops, and lectures, and is also an accomplished writer whose work has been published by Schirmer Books, American Record Guide, Symphony, Fanfare, Piano and Keyboard, Clavier, Stagebill (Lincoln Center), Chamber Music, Ballet Review, and other periodicals. He was Music Director for three seasons of Mikhail Baryshnikov’s White Oak Dance Project, overseeing the musical production and performance of nearly 250 concerts on ten national and international tours. In addition, he has served as artistic advisor or program consultant for many prominent organizations and institutions, including the United States Department of State, Carnegie Hall, Lincoln Center, Tisch Center for the Arts at the 92nd Street Y, New Line Cinema, and Columbia University’s Miller Theater, among many others. 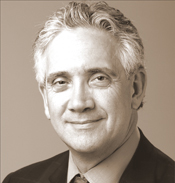 Principal, Brain & Spine Surgeons of New York; Director, Institute for Neurosciences, Northern Westchester Hospital, Mount Kisco, NY. A leader in minimally invasive neurosurgery, he was a board member of the American Association of Neurological Surgeons and President of the New York Neurosurgical Society. He has been Assistant Clinical Professor at New York Medical College (Surgery Department), Yale University Medical School (Neurosurgery), and, currently, Columbia University Medical School (Neurosurgery). He has long had a deep passion for the theater, is a devoted violinist, and has been extensively involved in civic affairs and many charitable organizations. 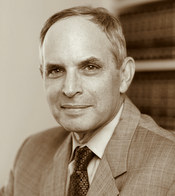 Partner in New York City law firm, Gerald & Lawrence Blumberg, LLP, which focuses on estate planning and administration, charitable giving and non-profit organizations, and related areas of the law. Larry has served on the board and numerous offices of Israel’s Weizmann Institute of Science, and its development arm, the American Committee for the Weizmann institute of Science, where he was its chair for six years. He received a PhD Honoris Causa from the Weizmann Institute of Science in 2001. Larry is a graduate of NYU and Columbia Law School. His life-long love of music was transmitted through his mother, who began taking him to New York Philharmonic concerts at age 11. 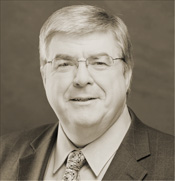 Retired asset management executive. He was Executive Vice President, General Counsel, and Head of Governance for Legg Mason; partner at Morgan, Lewis & Bockius; and Chief Counsel of the Securities and Exchange Commission’s Investment Management Division. He is an independent director of AXA Premier VIP Trust, the J.P. Morgan Exchange Traded Fund Trust, the Munder Funds, and the SEI Advisers Inner Circle III Funds, and co-author of books on asset management regulation. “I am a lifelong Copland fan and know of his keen interest in helping up-and-coming artists,” he has said. “I want to do what I can to help the next generation.” 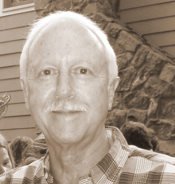 Attorney in private practice with a focus on employment law (representing employees) and general representation of business organizations. Raised in Westchester County and an alumnus of both Columbia College and Columbia Law School, he has worked successively at Fried, Frank, Harris, Shriver & Jacobson, Metromedia Inc (Secretary and Associate General Counsel)., and Orion Pictures Corporation (Senior Vice President, Secretary and General Counsel); currently Of Counsel to Harris St Laurent & Wechsler LLP. He has also served on the boards of the Alcoholism Council of Greater New York and Dance Theater Workshop. He has had a life-long interest in the arts in general and music in particular, and has long been involved in organizations that commission, promote, and support new work, making Copland House a dream association. 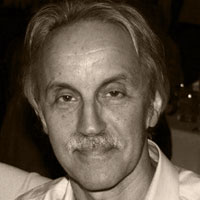 Retired software executive. He attended Columbia University, where he was involved in broadcasting classical music at the student radio station, WKCR. He received an MBA in Finance from New York University, and founded a software company in 1983, which he lead for two decades, giving him extensive experience managing a small organization and making it prosper. He has long been a dedicated amateur pianist, and once met Aaron Copland. He became interested in Copland House after attending some events in 2003. “I am honored to be able to serve Copland House,” he noted, “because our mission is noble.” He was Copland House Treasurer from 2009 to 2013.

Retired municipal public official. As Cortlandt’s longest-serving Town Supervisor (1991 to 2021), she oversaw many renovation, public works, and parks projects, beautification and environmental initiatives, and large-scale commercial and building ventures, which modernized and transformed the Town. She was among the first to realize the importance and potential of Copland House, a visionary and effective supporter of grassroots plans to preserve and restore the home, and a steadfast advocate of our ongoing programs and operations. Without her, Copland House might well never have existed! or flourished! 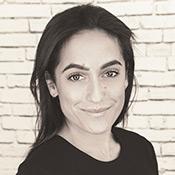 Commercial digital design professional. She has worked with leading and emerging technology and luxury beauty companies (including Sephora, L'Oreal USA, Apple, and many others), and has served in mentorship projects nurturing next-generation creative talent and entrepreneurs. Her passion for travel enables her to immerse herself in cultures around the U.S. and abroad. Music played a significant part in her life growing up in London, where she was surrounded by the arts. At Copland House, she sees her expertise in branding and marketing, social media, and engagement with younger audiences aligning closely with the organization's enhanced overall outreach efforts. 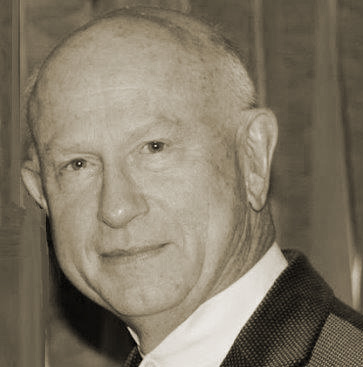 Neurosurgeon, Director of Northern Westchester Hospital's Gamma Knife Program, and former Medical Director of its Cancer Treatment and Wellness Center. Certified in neurosurgery by the Royal College of Physicians and Surgeons of Canada and by the American Board of Neurological Surgery, he was Director of Stereotactic and Functional Neurosurgery and Director of Pituitary Surgery at Yale University School of Medicine, where he also was the first Medical Director of Gamma Knife Surgery, and an Associate Professor of Neurosurgery. He joined Brain and Spine Surgeons of New York in 2006. He has a wide interest in the arts, particularly with what he calls an "obsession" with photography. 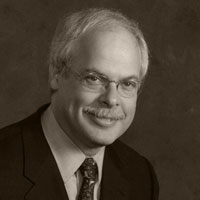 Senior Vice President for Medical Affairs and Chief Medical Officer at Phelps Memorial Hospital Center in Sleepy Hollow, NY; Associate Clinical Professor of Medicine at Mount Sinai School of Medicine. As a Columbia University undergraduate, he was Music Director and recording engineer at radio station WKCR. Interested in music his entire life, he was piano student with the distinguished composer-pianist Ruth Schonthal, and is a longtime member of the National Academy of Recording Arts and Sciences (NARAS). He was Copland House President from 2003 to 2013. 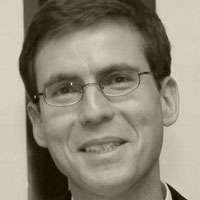 Senior executive at Agenus Inc., a biotechnology company developing therapeutic vaccines for cancer and infectious diseases. His many years of experience there includes managing scientists working in research and development, overseeing the company’s intellectual property portfolio, and providing scientific guidance in support of clinical, regulatory and business development functions. His interest in Copland House stems from the indelible memories of his early and inspirational visits at Rock Hill with his great-granduncle Aaron Copland, for whom he played clarinet. He has been Secretary since 2007. 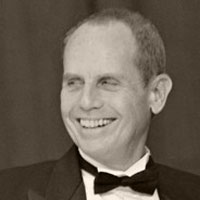 Freelance commercial writer. He has had a long career in risk management and insurance brokerage with publicly-held and family organizations. As a writer, he has worked with public and private companies and finance industry professionals on public relations, and advertising and promotional projects. His interest and devotion to Copland House spring from Aaron Copland, who was his granduncle. He has always loved Copland’s music and finds his remarkable life story fascinating. As a Trustee, he hopes to preserve the legacy of the generous and collegial manner in which Copland advocated for American music and his fellow composers. 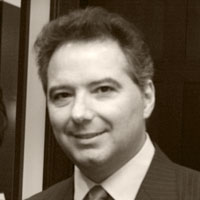 Managing Director, Morgan Stanley. He has been in the wealth management industry for nearly 25 years at Morgan Stanley and its predecessor companies. Active in the local community, he serves on several non-profit boards, including the Neuberger Museum of Art and Usonia, a community founded by architect Frank Lloyd Wright. His lifelong love of music drew him to Copland House. 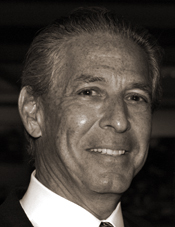 Chairman (and President, 1980-2004), Irvin Simon Photographers, a large independent school and camp photography company. Previously a marketing executive for several major New York advertising agencies. his extensive non-profit experience includes 20 years on the board (including the presidency) of Children’s International Summer Villages, and board service for the Ben Appelbaum Foundation and others. He also founded Faces of New York Mosaic Village, a free summer camp that helps diverse New York City children become global citizens and live harmoniously with others. Raised in Baltimore, his interests include reading, golf, skiing, boating, gardening, and raising chickens. 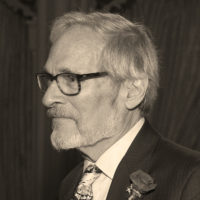 Founding Partner of Cowan, DeBaets, Abrahams & Sheppard LLP, a New York-based entertainment law firm. With over 45 years of experience representing a broad range of clients the theater, film, television, publishing, and electronic-media industries, his clients have included authors, publishers, journalists, documentary film directors, and literary estates, as well as several clients in the classical music industry. His mission in recent years has been to place his skills as a media lawyer in the service of people who exist to do public and social good. His personal interests are focused in the worlds of theater, film, music, writing, art, and sports. “Using my professional experience in, and knowledge and passion for, the arts as a Copland House Trustee in the service of the organization’s mission to support and foster great American music is most exciting.”