If you've ever thought of a classical concert music concert as something boring, stuffy, or simply to be endured, one delightful afternoon at Copland House at Merestead will have even the most concert-averse thinking again.The Bedford Pound-Ridge Record Review 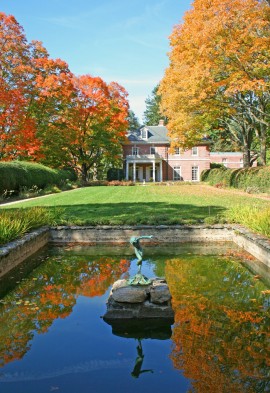 Merestead (“farmland” in Scottish) was designed and built in 1906–07 by famed architects Delano & Aldrich as the country home of William Sloane, President of the W & J Sloane Furniture Company, and his family. Sloane’s son-in-law and daughter, Dr. and Mrs. Robert L. Patterson, Jr., gave this majestic property to the people of Westchester, “so that present and future generations ... will be able to use, see, and enjoy it [for] conservation, educational, cultural, intellectual, historical, and recreational purposes.” A County Park, the 130-acre estate includes a 26-room Georgian Revival mansion, carriage house, farm buildings, formal gardens, natural woodlands, rolling hills and meadows, and over two miles of trails. 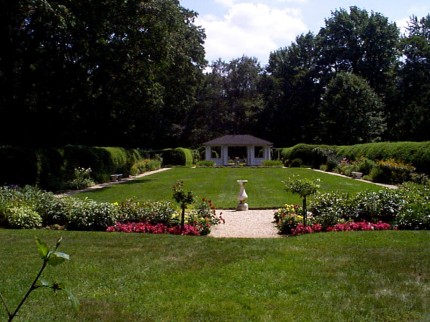 In September 2009, an innovative public-private partnership between Westchester County and Copland House was launched to realize the Pattersons’ sweeping vision, and establish a unique creative center at Merestead, which will serve as an extension of Copland House’s acclaimed musical, educational, and public programs. This extraordinary collaboration preserves a large parcel of open land, revives one of Westchester’s last great country estates, and creates a singular institution that champions American music and the arts—and makes all of this accessible to the public. 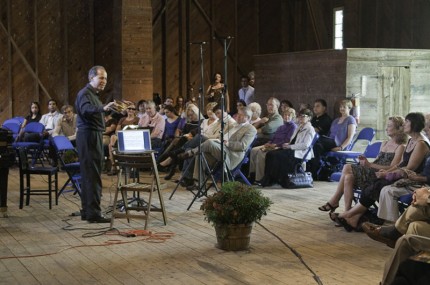 Merestead’s rebirth also places Westchester in the forefront of the important national movement that sensitively “re-purposes” magnificent older structures to give them a thriving, energetic new life. Copland House’s concert series at Merestead is the only one in the U.S. devoted exclusively to championing past and present American composers, and has been hailed by The New York Times for "all the richness of its offerings." The performances have attracted capacity audiences, and brought to Westchester such musical luminaries as composers John Corigliano, Richard Danielpour, David Amram, Stephen Schwartz (Wicked, Pippin, Godspell), and Steve Reich, country-fiddler and composer Mark O’Connor, author and The New Yorker music critic Alex Ross, PBS-TV’s Live from Lincoln Center host Fred Child, and many others. 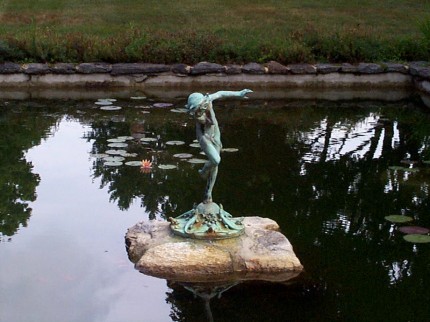 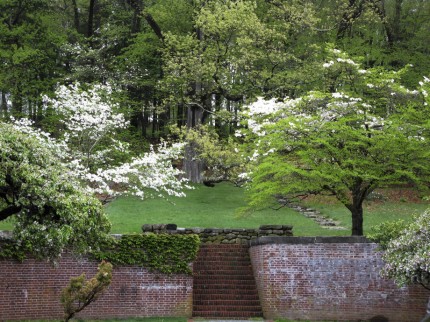