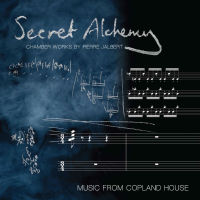 Like medieval alchemists who transform one element into another, Pierre Jalbert – hailed as “an acknowledged chamber-music master” (The New Yorker) – relishes the evolution of musical ideas. Veering between propulsive and serene, secular and sacred, his music is urgent, dynamic, mysterious, and instrumentally brilliant. This release features four stunning ensemble works by Jalbert, spanning nearly 15 years – three in their World Premieres on disc, including a Copland House commission. Growing out of a long relationship that began with Jalbert’s first Copland House residency in 1999 and the New York Premiere in 2001 by Music from Copland House of his Piano Trio No. 1, the CD includes the first recordings of the electrifying title work, Secret Alchemy, which embraces the mystery of creation and the euphoria of discovery; the brooding and exhilarating String Trio; and Crossings, inspired by another kind of transformation – wandering people in a thrilling voyage to new territories and strange lands. The album also offers Jalbert’s fierce and formidable Piano Trio No. 1.

Breathtaking beauty, and intricacy … the music shimmers with an otherworldly strangeness that is mesmerizing. Each work receives a robust and ingratiating performance.

Jalbert writes music that speaks to the mind, heart, and soul, and expresses a wide range of emotion. A craft and language that is broad and expansive, yet exquisitely defined.

The Piano Trio No. 1 is a new masterwork. 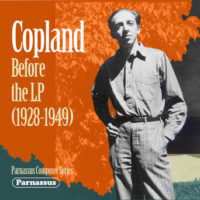 Copland Before the LP

From the always-enterprising Parnassus Records comes a singularly valuable and illuminating CD that assembles in one place for the first time all recordings Copland made as a pianist in his own works. The recordings date from 1928 to 1948, the era, as the title notes, before long-playing vinyl records. The recordings include such major solo and chamber works as the Piano Variations, Violin Sonata (featuring famed violinist Louis Kaufman), Vitebsk, Danzon Cubano (with the outstanding pianist and longtime Copland champion Leo Smit). 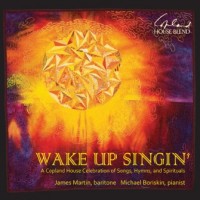 Baritone James Martin (acclaimed by The New York Times for “fine artistry and seriousness” and “a big, beautiful, easy-rolling voice”) and pianist Michael Boriskin (hailed by American Record Guide as “one of the most skilled and versatile performers of his generation”) offer the perfect holiday stocking-stuffer, celebrating the joys of life, singing, and song. Traveling across 125 years of exhilarating song, their playlist features beloved favorites and dazzling rarities and surprises by the pioneers of Ragtime (Scott Joplin), Blues (W. C. Handy), spirituals (Harry T. Burleigh), and theater (Will Marion Cook), as well as the remarkable, delectable work of three succeeding generations of African-American musical lions, including Hall Johnson, Florence Price, Roland Hayes, William Grant Still, Howard Swanson, Hale Smith, and Margaret Bonds. Their music tells of the human experience, and sings with religious fervor and deep personal sentiment about faith, joy, tragedy, oppression, and liberation. It elevates the mundane and helps us comprehend the lofty. Listen to a clip HERE 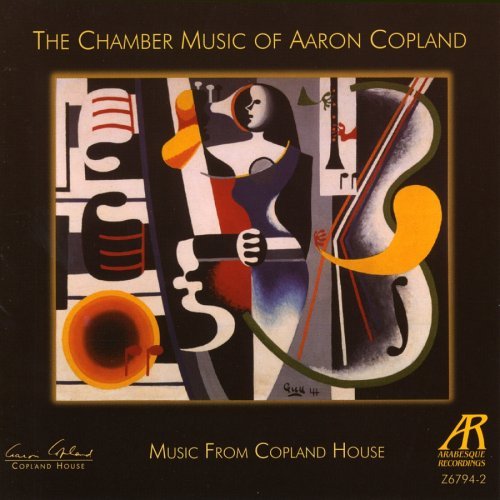 The Chamber Music of Aaron Copland

Music from Copland House’s widely-praised recording debut: a pioneering two-disc set of the first cycle of Copland’s complete published chamber music (for up to six players). Explore the breadth and evolution of his artistry through these under-explored works, which are “as characteristic as his better-known orchestral and theater/film music, spacious in texture and sonority, natural in instrumental idiom and above all vital in tune and rhythm at any speed” (The Los Angeles Times). Ranging from his French-influenced creative origins through jazz and Modernism to 12-tone composition, album highlights include the impressive Sextet, Piano Quartet, and World Premiere of the piano trio version of the Prelude from his Organ Symphony. Music from Copland House is joined by the incomparable Borromeo String Quartet, outstanding guest artists, and Grammy-winning producer Judith Sherman.

Essential … a simply splendid collection, which contains undoubtedly the finest performances available of most of these works. 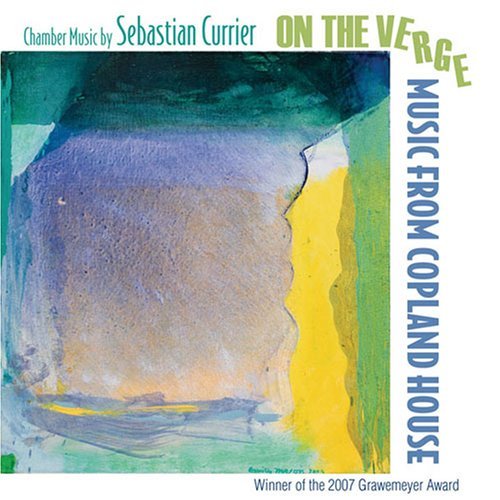 On the Verge: Chamber Music by Sebastian Currier

Sebastian Currier’s music reflects his fascination with “an ideal place to be, both in life and art: on the verge of extremity but not crossing it.” Journeying intriguingly and inquisitively around this border region, his music explores the tensions in a world of oppositions, shifting perspectives, and multiple meanings. The CD features the World Premiere recording of Static, a Copland House commission that won the coveted Grawemeyer Award in 2007, and probes the ambiguity of its title and the frontiers where ambient sound becomes ordered music. Other first recordings are Night Time, hailed by The Washington Post as “one of the best pieces of contemporary classical music,” and Variations on “Time and Time Again,” which flirts with a tune that may be real or illusory. Verge stands “on the edge of excess,” courting danger on every page at the boundaries of speed, intensity, cohesiveness, and inaudibility.

The players prove ideal interpreters, careening with fastidious abandon among the many moods. 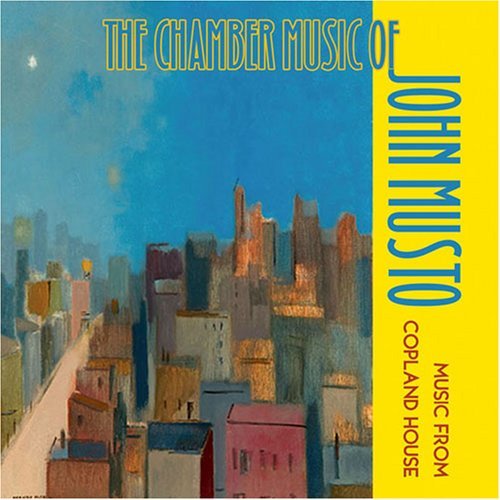 The Chamber Music of John Musto

This acclaimed CD offers the premiere recordings of three major chamber works by the award-winning composer. His Clarinet Sextet is “a knockout” (The Strad); his Piano Trio is “attractive, songful, and beautifully written” (The New York Times), and his Divertimento “overflows with dancing energy, nifty melodic turns, and wistful lyricism” (American Record Guide). Musto’s instrumental music inhabits a vibrant urban landscape animated by a brash drive, languid, nocturnal poetry, and stylish, sophisticated allure, where the edgy sounds of the street co-exist with the meticulous teachings of the conservatory. His instrumental compositions often seem like lively, literate conversations by a diverse cast of colorful, engaging characters.

Everyone on this recording seems completely immersed in this captivating and penetrating activity, as likely will music lovers smart enough to add this disc to their collection. 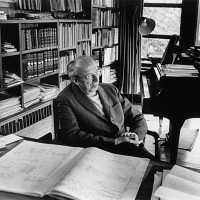 A film by Allan Miller, Vivian Perlis, and Ruth Leon

This comprehensive, colorful video overview of Copland’s life and work ranges widely from Copland’s Brooklyn childhood and student years in France in the 1920s to his emergence as a leader of New York’s vibrant artistic scene between the wars and his elevation to a position as revered, much-honored, international symbol of American music. The film features extensive on-camera appearances by Copland; insightful comments by Leonard Bernstein, Lukas Foss, Ned Rorem, William Schuman, David Diamond, and Michael Tilson Thomas; rare footage of Martha Graham dancing in Appalachian Spring and Agnes de Mille dancing in Rodeo; and many archival clips. Vividly illuminates Copland’s historic importance, seminal artistry, and personal affability and modesty. 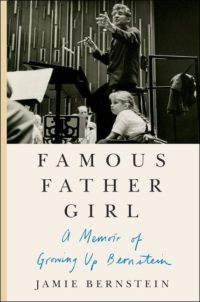 Famous Father Girl: A Memoir of Growing Up Bernstein

Unique among classical-music memoirs for its physical intimacy, its humor and tenderness, its ambivalence toward an irrepressible family genius … a startling inside view … a story of encompassing family love, Jewish-American style, with all its glories and corrosions. No one lives easily on the slopes of a volcano; Jamie Bernstein has been faithful to her unease. Truth-telling, rather than dignity, is her goal.

Those attending Copland House’s acclaimed production of Late Night with Leonard Bernstein at sold-out venues across North America have seen that Jamie Bernstein is both a vivacious, sophisticated personality and an insightful, clear-eyed observer of the dazzling intersection of classical music, Broadway, Hollywood, and high society. She has now written an intimate, evocative memoir of her iconic father – the man in the scratchy brown bathrobe, the jokester and compulsive teacher who enthused about Beethoven and the Beatles, the insomniac known for his all-hours creativity, introspection, revelry, and friendship. The charismatic, larger-than-life maestro taught his daughter to love the world in all its beauty and complexity. Famous Father Girl invites us into the family’s private world, populated by the Kennedys, John Lennon, Richard Avedon, Stephen Sondheim, Mike Nichols, Jerome Robbins, Lauren Bacall, and countless other luminaries. This affectionate, thoughtful tale is an intimate meditation on a complex and sometimes troubled man, the family he raised, and the music he composed that became the soundtrack to their (and our) lives.

This American classic includes Copland’s first-person recollections, Vivian Perlis’ vivid commentary, and interviews with Nadia Boulanger, Martha Graham, Lincoln Kirstein, Virgil Thomson, Leonard Bernstein, and many other 20th century artistic luminaries. It chronicles Copland’s childhood in Brooklyn, studies in Paris, early successes in America, first visits to Latin America, and historic efforts to help create an artistic and professional framework for “a recognizably American musical idiom.” This landmark account is indispensable for a full understanding and appreciation of Copland as man and artist, and his enormous contributions to the American music scene. 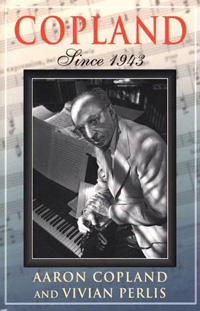 This American classic includes Copland’s first-person recollections, Vivian Perlis’ vivid commentary, and interviews with Nadia Boulanger, Martha Graham, Lincoln Kirstein, Virgil Thomson, Leonard Bernstein, and many other 20th century artistic luminaries.explores his iconic collaboration with Graham, pioneering work in Hollywood, challenging later compositions, and prodigious activities as a guest conductor, author, mentor, and beloved elder statesman of American music. This landmark account is indispensable for a full understanding and appreciation of Copland as man and artist, and his enormous contributions to the American music scene. 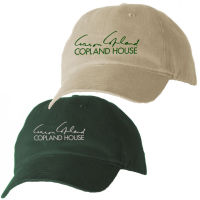 100% cotton, one size fits all
Pigment-dyed, embroidered logo
Currently only available in Khaki 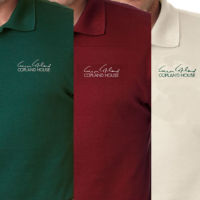 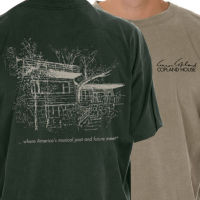